As Pinterest gets ever closer to launching its much anticipated “Promoted Pins” campaign, the spotlight has finally turned to one of the most underrated advertising platforms on the web. If you aren’t yet using Pinterest to boost your brand, then it’s time to find out more about how both free and paid Pinterest marketing can function to optimize your ROI. 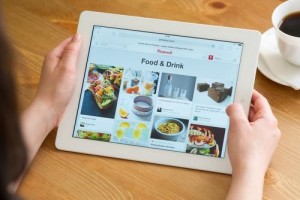 For SME’s, Pinterest is a veritable gold mine of marketing opportunities. Unlike other major social media platforms, Pinterest offers users the ability to market posts (for free) not just to followers, but to all of Pinterest. For example, when you create a status update on your business Facebook page, users who do not already have a vested interest in your product are unlikely to stumble upon it. In contrast, when you upload a pin to Pinterest, Pinterest users from all over the world have access to your content.

Pinterest is popular amongst mobile users, with the platform attributing 75% of its traffic to mobile web visitors. With such a large mobile visitor base, Pinterest is particularly advantageous to brands seeking to increase their mobile presence; and with the mobile web accounting for an ever increasing percentage of business sales, who isn’t? By attracting mobile web users, your business can begin to cater the on-the-go demographic, catching the attention of mobile visitors who are perusing Pinterest while on the bus to the shopping mall, or getting a haircut nearby. As well as attracting a high percentage of mobile visitors, Pinterest is popular amongst the female demographic. Statistics show that women between the ages of 25-54 spent a total of over 3,500 minutes accessing Pinterest through the mobile web in January, 2014; almost double the amount of time that the same demographic spent on Twitter

A great as Pinterest is, just uploading the occasional pin isn’t going to cut it. If you don’t plan on investing in Pinterest’s upcoming Promoted Pins advertising deal, then you have to do the legwork yourself. To grow your consumer base through Pinterest, keep the following five steps in mind: 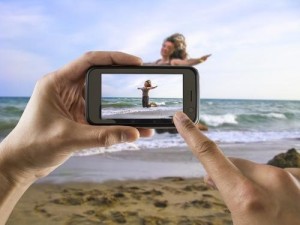 A little behind its competitors in launching paid advertising, Pinterest has announced that it will soon be offering advertising opportunities to companies in the USA. Although the service is not yet available, Pinterest has begun adding interested businesses to a Promoted Pins waitlist. Interested brands must make a six month commitment and pay a CPM of approximately $30. Brands will have the option to target specific search terms, or place ads in “Everything” and “Popular” feeds. Although Promoted Pins will be initially out of the budget range of most SMEs, the development is still cause for excitement. As with Facebook, Google +, and Twitter advertising, Pinterest advertising will likely become more widely available should its launch prove as successful as projected. So sit tight, and start building your Pinterest follower base!

Post by Megan Ritter: Megan Ritter is a graduate student at USC and an online web journalist. Follow her @megmarieritter