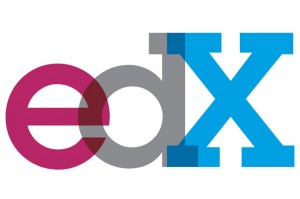 Online education is not new. In a country as big as Australia, using the Internet has become a convenient aid to distance learning and a key ingredient in helping people study while holding down full-time jobs. But online education has existed as part of the existing tertiary system – meaning it is generally only available to residents within a given country, and at a cost.

Now, though, that could all be about to change.

The BBC reports that two of America’s (and the world’s) leading universities – Harvard and the Massachusetts Institute of Technology (MIT) – have joined forces to launch the US$60 million online education platform known as edX. Which may sound unremarkable until you discover that the aim is nothing less than ‘revolutionising education around the world’.

And how is this project going to do that? Well, as the Beeb reports: ‘edX will provide online interactive courses which can be studied by anyone, anywhere, with no admission requirements and, at least at present, without charge’.

Heading up edX is Anant Agarwal, director of MIT’s Computer Science and Artificial Intelligence Laboratory and one of the brains behind the MITx online prototype. Professor Agarwal says edX will launch in the northern hemisphere autumn (the traditional start of the education year) and is confident it will be a huge success.

He has every reason to be bullish given that the first online course from MITx (a 10-hour-per-week, automatically assessed electronics course using an interactive virtual laboratory, e-textbooks, online discussions and video lectures launched earlier this year), attracted almost as many students as have physically attended the university since it was founded in 1861.

Small wonder, then, that Professor Agarwal believes Internet-enabled online content has meant that the traditional university model has ‘crossed the tipping point’.

‘This could be the end of the two-hour lecture,’ he told the BBC. ‘You can’t hit the pause button on a lecturer, you can’t fast forward.’ Which raises the prospect of lectures recorded specifically for tablets or Smartphones or computers, with universities able to choose and incorporate into the course offerings the best available.

A good or bad thing?

Although it is promised that edX courses will be ‘as rigorous as anything else from MIT or Harvard’, they do not grant a degree on completion. Instead, successful students will receive a ‘certificate of mastery’ to delineate them from the traditional courses for which students are paying up to US$50,000 a year.

Which raises the question of how universities worldwide will compete should edX prove successful. Will they then have to follow suit, which may serve to democratise higher education (the Bill and Melinda Gates Foundation has given US$1 million to make edX available to colleges serving students from low-income backgrounds)?

Or will they ultimately be unable to compete with the privately funded super-rich institutions like Harvard and MIT, forcing them to close and creating a homogeneity of education that could be counterproductive when it comes to creative thought and the emergence of fresh ideas?

We’d love to hear your thoughts…