Want to sell a product? Get the Vatican to ban it 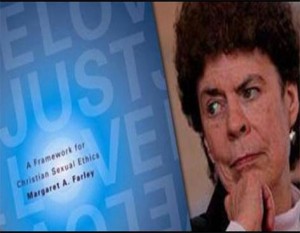 Marketers used to think dying was the best career move. These days, though, it’s getting something frowned upon – or ideally banned by – the Vatican.

Think how many extra copies of Dan Brown’s The Da Vinci Code were sold as a result of the Holy See complaining about its inaccurate depiction of the Catholic Church. Going further back, think how many more people saw Life of Brian or Jesus Christ Superstar as a result of nuns and priests picketing the cinemas and theatres where they originally played.

And now a new product has benefitted greatly from the Vatican’s talent for what we can only call reverse content marketing.

As a nun, you may think Sister Margaret is barely qualified to comment on such issues, but as a prominent theologian, she undoubtedly is qualified. The problem is, the position she takes in her book is at odds with the Vatican’s own views on these issues.

The result has been official censure for Sister Margaret, delivered two days ago by the Vatican’s doctrine-enforcing arm, the Congregation for the Doctrine of the Faith, which has generated plenty of mainstream media coverage and social media commentary, which has in return taken a book that, according to the Washington Post, was languishing in 142,982nd place on Amazon rankings and propelled it to 16th position.

And all this fuss for a book written six years ago and that generated not a whisper of news coverage in the intervening period. Thanks to the Vatican’s genius for reverse content marketing, though, it has become a content cause célèbre.