Will the Olympics be worth the marketing spend? 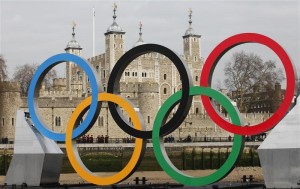 A billion dollars… that’s the figure (give or take a few million) that 11 corporate sponsors have paid to the International Olympic Committee for the privilege of marketing their products worldwide on the back of the quadrennial celebration of sporting excellence (biennial, if you throw the Winter Olympics into the mix).

Not surprisingly, the companies spending such astronomical amounts are expecting exclusivity in return – creating a marketing and legal minefield for brands and organising officials alike. The likes of Nike (a non-sponsor) are effectively making a mockery of the fact that Adidas has spent $100 million for sponsorship rights, yet thanks to Nike’s Make It Count campaign, featuring a number of top British athletes, a survey of Twitter users shows that they closely associate Nike with the Games.

Similarly, organisers are terrified of the sort of ‘ambush marketing’ that reared its head at the 2010 FIFA World Cup, when 36 female Dutch fans were thrown out of a match for wearing orange dresses without logos, in what organisers deemed an ambush campaign by the beer company Bavaria.

Even Twitter, which prides itself on upholding freedom of speech, has agreed to work with the London Organising Committee (LOCOG) to ban non-sponsors from buying promoted hashtags like #London2012, while any athlete attending the Games has been given strict social media guidelines as to which companies they can tweet or post about.

According to a report in the Guardian, ‘a crack team of branding “police”… will be checking every bathroom in every Olympic venue – with the power to remove or tape over manufacturers’ logos even on soap dispensers, wash basins and toilets’.

Overkill? In the real world, absolutely. But the Olympics left reality behind years ago when it comes to marketing/advertising – as the billion-dollar sponsorship bill attests.

In return we, the target market the brands are hoping to attract as a result of spending all that money are treated to a variety of ads around fairly predictable themes of inspiration, achieving success, marching to your own beat and generally being as patriotic as possible.

Plus, there’s also this powerful one from official sponsor Proctor and Gamble encapsulating the journey every Olympic athlete – no matter gender, ethnicity or background – has experienced…