Social Media Advertising on the Rise

Companies are now realising they can use social media to their advantage when it comes to business.

One such aspect is advertising. This goes double for small companies that cannot rival big ones when it comes to widespread advertising campaigns, and by the look of things, advertising with social media is just picking up.

Global revenue for social networks was estimated at $7.7 billion last year.  It is estimated to hit $10.2 billion this year and $11.8 billion next year.  This year 64% of advertisers are expected to increase their social media budget, in the US alone this figure is estimated at $4.1 billion.

Of a number of business owners recently surveyed, 97% said they are currently using social media to advertise.  The numbers are lower for small businesses, with only 66% saying they are advertising with online platforms. 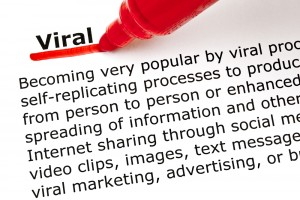 “It’s encouraging that a majority of small businesses recognize that their customers are relying more than ever on their mobile devices to find information, look for deals and even to make purchases,” Joel Hughes, senior vice president of strategy and corporate development at Constant Contact told Fox Business.

There are still those who feel social media should stick with relationships and be kept away from business.  The remaining 34% of small business surveyed said they have plans to turn to social media as part of their business strategy.

“Generally speaking, small business owners have very little spare time on their hands, so learning how to use mobile technology for their business is not necessarily tops on their to-do list,” Hughes further explained.

The current undisputed king of social media, Facebook, is taking most of the social media advertising budget with an estimated 57% followed by YouTube and Twitter both sharing 13 percent, Pinterest is at 2% and the remaining 15% shared by other social media.

What social media ads can do

What are the benefits to advertising with social media anyway?  There are several, but the most important one that experts agree on is its ability to target specific audiences.  Unlike traditional print, TV and radio ads where the message is cast across a wide audience, social media sites have information on niches of interest where their users are concerned.  In short, social media agencies can send the right ads to the people with the highest likelihood of interest in these ads.

Mobile marketing to fewer but the right people is more strategically sound than raining a ton of ads on many people who cannot relate to or have no particular interest whatsoever for that product.

Here are some of the most watched ads on YouTube last month.

• Nestlé – Learning to share.  A Spanish ad about a boy and his grandfather learning how to compromise and sharing everything from the TV to food at the table.

• Sauza Tequila – Make it with a lifeguard.  So what does being a lifeguard have to do with tequila?  Nothing really, it’s just the fireman of the last tequila ad posing as a lifeguard and telling us how awesome that tequila is.

• Old Spice – Shower.  Use Old Spice shower bar. It’s so fresh it’s like you never left the shower even after your bath.  Don’t believe me?  Take a look.

• Call of Duty Black Ops 2 – The replacers.  Need more time to play CoD BO2?  Two guys have been sent by “mutual friends” to take over your daily life so you can have more game time.  The things these two end up doing are hilarious.

• Pepsi – Mirrors.  Beyoncé rehearses for a gig then takes a Pepsi break, only to be joined by different concert personas of herself in each of the mirrors she has been practicing in front of.

• Dove – Real beauty sketches.  An artist sits down to draw some women he never sees, only working by their description of themselves. Then other people are called in to describe same said women for another drawing. The drawings are then placed side-by-side. Reactions of said women are priceless.

@TickYes
The Siri Killer is Here… or Is It?