The Changing Face of Protests

How powerful is social media today?   What else can the world do apart from Facebook, Twitter, Instagram and all those sites and apps that people are going loco for?

It almost seems absurd how almost all our chores can either be posted online or found online.  When we eat, we post images of our food on Instagram.  When we need to talk, we choose FaceTime, Skype or chat as our communication platform.  When we need to learn about news or trending issues, we go to Twitter.  It’s weird how social media has changed our lives today.  It has also paved the way for societal revolutions, including two recent movements in Turkey and Tunisia. 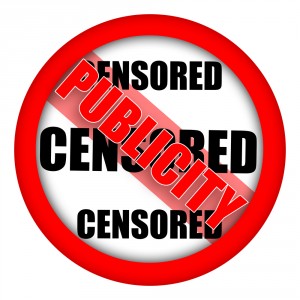 In late May, the people of Turkey went to the streets to voice out their protests against the increasing depression of the Turkish Prime Minister Recep Tayyip Erdogan and his increasingly authoritarian governance of the country.

The protests initially sparked when news came out that a shopping mall was to be constructed at the Taksim Gezi Park, one of the last green spaces in Beyoglu, Istanbul.  However, because of the violent dispersal the police implemented on the protesters, more rallies were held across different cities.

Due to the downplay on coverage by the local media, protesters used online communication to get the news across the country.  Twitter feeds became the main source of news for people, with tweets carrying their own hashtag #OccupyGezi.

Aside from news updates, images of the dramatic protest were also posted on the movement’s Facebook Page and Tumblr site helping the whole world know what the real situation was during the rallies.

In late 2010, the people of Tunisia carried out a civil resistance movement against the regime of President Zine El Abidine Ben Ali.  The country suffered under the governance of Ben Ali—unemployment was high, corruption was rampant, freedom of speech was non existent and poor living conditions had become a way of life.

The protests were initially sparked by the self-immolation of Mohamed Bouazizi who suffered greatly under government maltreatment when a policewoman confiscated his vegetable cart and produce for no reason. This stirred outrage and engagement among the people of Tunisia.

Aside from being the news source of people, social media was also used as an online strategy to organize protests and support the movement. Videos of the bloody police dispersal and protest encounters quickly made their way to YouTube and other sites as well.

While the government tried to suppress such online movements, in the end, the people of Tunisia prevailed and the 23-year reign of the president was ended just 28 days after the protest started.