When a story goes viral and moves from social to mainstream media, things can get lost in translation

Chances are you have already seen the picture that accompanies this post. It has after all, been in newspapers and on news bulletins all over the world, not to mention been posted, tweeted and retweeted to such an extent that the trussed man in it has surely already had enough exposure to put him firmly in the running to be Time magazine’s Person of the Year for 2013. 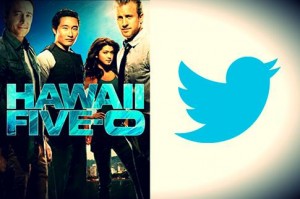 The only thing is, as with any story, making sure all the facts are accurate is the only way to ensure that the whole truth – and not just the bits that make the best copy – will out. This is particularly the case when a story first appears on social media and then makes the jump to the mainstream. Because very often, things get lost in translation between the two…

Andy Ellwood is someone who knows all about this, because he’s the man whose blog post started the whole media frenzy. But as he pointed out in this post for Forbes.com, hardly anybody bothered to check the facts they were reporting. In fact, Ellwood was listed in various international publications as the man who took the photo, and even the tied-up man himself. And get this, he wasn’t even on the plane!

‘As of this morning [7 January], there are over 290 news stories associated with my name on Google News,’ Ellwood writes in Forbes.com. ‘My blog doubled the traffic from the month of December, all just in the last three days. I had reporters camping out in the lobby of my apartment building this weekend hoping to get more details that I had already told them I didn’t have, and also had news outlets offer to pay me to get my anonymous friend [the person who actually took the photo on the IcelandAir flight into JFK airport in New York City] to come forward to give a statement.

‘All about a flight I wasn’t on and a photo that I didn’t take.

‘While “going viral” is something that scares promiscuous college kids and thrills marketing executives, I learned this weekend it is definitely not for the faint of heart.’

As The Message has pointed out before, this isn’t the first time members of the mainstream media have mistaken (or even misrepresented) elements of a social media-originating story, and it certainly won’t be the last. And while it’s hardly a glowing advertisement for the ‘journalists’ in question, it also acts as a warning to all content creators and particularly brands that want to avoid damage to their reputation.

Ultimately, content creators are responsible for the content they create and post online or on social media. You have got to make sure that it is completely accurate, because if it isn’t and it is found out, the reputational damage done when content marketing backfires can be disastrous.