Facebook has moved the goalposts, shattering the illusion of the democracy of the Internet 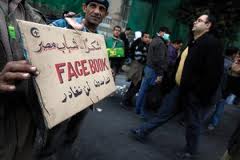 Ah, the democracy of social media. The way it gives a voice to the individual has been talked about, written about, posted about and tweeted about. And it’s true – up to a point.

But as with society in general, there is still a limit. The role social media played in the Arab Spring revolutions of 2010 and 2011 has been well-documented. But questions are already being asked about (and, in the case of Egypt, demonstrations are being held in relation to) about how much – or how little – has actually changed.

It is the same in the business world. Sure, angry customers can use social media to vent about something a company does, but that company has the ability to silence those online voices (at least on its own social media and online sites) if it chooses to do so.

There are countless examples of Facebook posts being removed because they criticise a company’s opinions or actions. Of course, doing that is top of the list of things NOT to do in content marketing, because rather than engaging with people and attempting to learn why they are angry and what you can do to fix it (thereby keeping them as customers and increasing the chance of getting people they recommend) it simply sends the message that you don’t care. Which means they are going to jump on a different social media forum and tell the world exactly that. 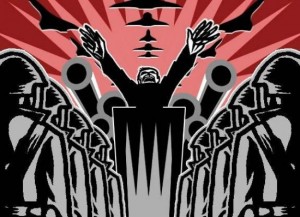 In fact, it is situations just like the one described above that perpetuates the notion that the Internet in general – and social media in particular – is a democratising force. But how democratic is it if the way the Net and social media are controlled actually only favours a few?

At an extreme level, we have countries like North Korea, Iran and China where the Internet is closely controlled by the authorities. But even in the ‘free world’, the Net we all access, from Australia to Argentina, is effectively owned by the US. Dig down a level and we see that companies are vying to control new top-level domain names, which in turn allows them to control the content within them.

How democratic does that sound?

And now Facebook has embarked on the path to dictatorship by stripping its users of the power to endorse or reject policy changes through popular vote. 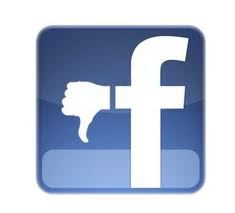 To maintain the veneer of public accountability, Facebook held a referendum on the issue. 668,125 members voted in it, with 87 per cent opposing the change. You would think that represented a pretty overwhelming rejection of the Facebook proposal. But here’s the catch…

Facebook said that if less than 30% of its members failed to vote, it would be free to go forward with a plan to eliminate the existing voting structure, denying people the right to have a say in its future direction, and to also integrate Instagram data for advertising purposes.

Given that Facebook has a billion members, that means 300 million people worldwide needed to vote (with the majority of them opposing the proposal) in order to block the change. Talk about loading the dice!

Which again raises the question: Is the notion of the democracy of social media an illusion? Is it really nothing more than a dictatorship?

@TickYes
Blessed are the tweeters