The Stop Online Piracy Act is dividing opinion, with clear differences between ‘old’ and ‘new’ media. So what’s all the fuss about and what are the potential implications for content providers? 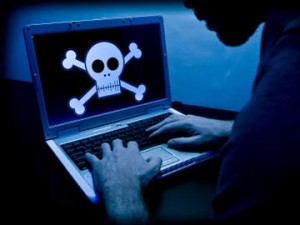 In an event that surely rendered tabloid journalists the world over temporarily paralysed, Wikipedia went down for 24 hours yesterday.

Actually, ‘went down’ is a misnomer. This was no technical glitch, no server failure. Wikipedia was deliberately taken down – a protest measure in the increasingly vitriolic dispute that has been billed (simplistically and incorrectly) as ‘Hollywood vs Silicon Valley’.

At its heart is a piece of legislation – the Stop Online Privacy Act (SOPA) – currently being debated in the US House of Representatives.

It wasn’t the only website to record a blackout, but it certainly had the most impact by virtue of the interest it has generated. Wikipedia has joined a long line of Internet-based entities and individuals decrying SOPA. While in the other corner are lined up traditional media companies such as Rupert Murdoch’s News Corp, music publishers and movie studios.

We were going to run a cheat sheet on exactly what SOPA is and how it could affect content providers, but…. well, Wikipedia was down so we couldn’t find out either.

We jest, we jest, we actually found this, which does an excellent job explaining the ins and outs and spelling our potential ramifications for content providers:

You can also read persuasive for and against arguments from Wikipedia’s Jimmy Wales, Word Press’s Matt Mullenweg, the Motion Picture Association of America’s Michael O’Leary and Steve Tepp from the US Chamber of Commerce here.