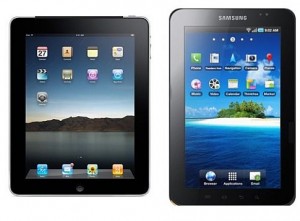 In another apparent slap in the face for Apple, a judge in the UK has ruled that Samsung’s Galaxy tablet does not violate Apple’s intellectual property – because it is simply isn’t ‘cool’ enough to be confused with the iPad.

Apple has been fighting a number of intellectual property and patent lawsuits around the world as the battle for supremacy in the multi-multi-million-dollar Smartphone and tablet markets heats up. Apple has accused rivals like Samsung and HTC of ripping off its designs (and vice-versa), but judge Colin Birss clearly doesn’t agree, ruling that Galaxy tablets ‘do not have the same understated and extreme simplicity which is possessed by the Apple design They are not as cool.’

Samsung is delighted at the ruling (although probably less than happy about the ‘uncool’ reasons behind it), releasing a statement saying: ‘Should Apple continue to make excessive legal claims in other countries based on such generic designs, innovation in the industry could be harmed and consumer choice unduly limited.’

Apple immediately hit back with: ‘It’s no coincidence that Samsung’s latest products look a lot like the iPhone and iPad, from the shape of the hardware to the user interface and even the packaging. This kind of blatant copying is wrong and, as we’ve said many times before, we need to protect Apple’s intellectual property when companies steal our ideas.’

With so much at stake, it’s a fair bet this issue is far from settled.