YouTube has become one of the most powerful social media sites in the world. In just a little less than eight years since its official launch in 2005, It already reaches more US adults (ages 18-34) than any cable network. It has millions of subscribers, and the numbers double each year. The site is also available to hundreds of millions of mobile devices.

While YouTube may be the perfect online platform for your digital marketing strategy, aside from pushing brands into greater heights, it has also been proven to catapult people into stardom. Several of the biggest names in the entertainment industry were once just another face on the YouTube screen. 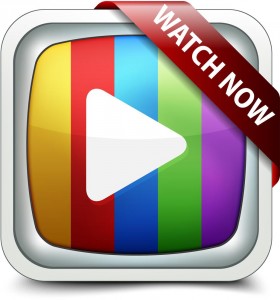 Here are several of the stars that made it big through the video sharing site:

Who doesn’t know Justin Bieber? You may hate him, you may love him, but you definitely know him. The Biebs shot into fame after American talent manager Scooter Braun saw his videos on YouTube, and as they say, the rest is history.

Bieber has been singing since he was a kid. At the age of 12, he entered a local singing competition in Stratford, Canada, where he sang Ne-Yo’s “So Sick.” His mum, Pattie Mallette, uploaded the video on YouTube for their family and friends to see. She continued to post videos of Justin singing, and continually it gained more and more hits.

Since being discovered on the video sharing website, Bieber has released four studio albums; has won a multitude of awards, including a Billboard Music Awards Milestone Award and two Grammy Award nominations; has toured the world over; and has gained millions and millions and millions of fans (he has the most followers on Twitter with 42.7 million).

His story shows perfectly how to use social media marketing.

These two youngsters made TV look cute (and annoying) again. Discovered by Ellen DeGeneres on YouTube, after Sophia’s mom posted a video of the two giving their cutest rendition of Nicki Minaj’s “Super Bass” in a tutu, Sophia Grace and Rosie have become instant superstars. Aside from a recurring segment on “The Ellen Show” called “Tea Time with Sophia Grace and Rosie,” the two have been correspondents for awards shows like the Grammys, MTV VMA and the Billboard Music Awards. Sophia Grace recently released a music video, and is reported to star in the movie “Into the Woods.”

The web series started in 2009 and quickly became a hit online. Using YouTube as its communication platform, creator Dane Beodigheimer initially wanted to make just one video. But after viewers asked for more videos, he decided to make it a full length web series. The Annoying Orange now has more than 200 episodes on YouTube, while also having a TV series, a video game, toys and a clothing line.

The Annoying Orange is the perfect example of how to optimize YouTube not only for fame, but also for profit.