New statistics show that the demand for online, mobile and social media content is growing 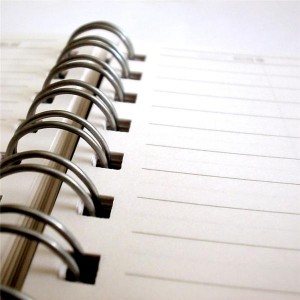 Most of us have spent at least a few dinner party conversations mulling over issues of modern technology and how it affects our lives. We make guesses about people’s usage of technology, or how powerful Google really is, or whether anyone actually makes phone calls anymore, but we never really land on an exact figure.

Luckily, there are a handful of fabulously number-loving folks out there who make finding said figures their entire livelihood, providing us with the type of statistics that make those dinner party conversations a lot more impressive.

Here are three stats that will blow your mind (and make you sound extra-knowledgeable next time the conversation comes up).

Researcher Matthew Berk conducted a study based on his hypothesis that the way people interact with the web shapes and moulds it as they go, and that our referencing of social platforms is going to ‘turn the web upside down’. He discovered that more than one fifth (22 per cent , in fact) of all websites in the world are directing folks back to Facebook, which obviously speaks volumes for the existing power – and unlimited further potential – of social media and content marketing.

Did you know that four per cent of all photos ever taken are on Facebook? Mind-blowing as that statistic is, it is also easily believable. In fact, some might even be shocked that the percentage isn’t greater. Never fear – last year alone we uploaded approximately 70 billion photos to Facebook, and by 2021 Facebook is predicted to host over 20 per cent of all photos ever taken.

3. More people use mobile phones for content than making calls

All it takes is a glance around your morning train carriage to realise there aren’t a hell of a lot of people using their phones to make calls anymore. More than likely at least one in two will have a phone out, but (thankfully) the amount of people prattling loudly for all to hear has been in decline since Smartphones provided us with more options for procrastination.

The study, conducted by British mobile network O2, found that we spend the most time using our phones for browsing the Internet (24 minutes per day). This was followed by social media use (17 minutes), listening to music (15 minutes), playing games (14 minutes) and then making phone calls.

‘Smartphones are now being used like a digital Swiss Army Knife, replacing possessions like watches, cameras, books and even laptops,’ David Johnson, general manager of devices for O2 in the UK told the Telegraph. ‘While we are seeing no let-up in the number of calls customers make or the amount of time they spend speaking on their phones, their phone now plays a far greater role in all aspects of their lives.’

Which proves that consumers have a near-insatiable demand for content – be it presented in online, mobile or social media packages. Which means the opportunities for content marketers have never been greater.