Are online content creators losing the battle against piracy? 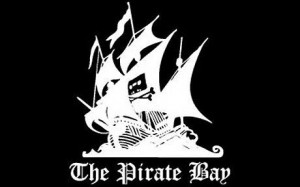 The ongoing battle being waged by some of the biggest content creators – and governments – against online piracy is being lost. After all the kerfuffle involving the likes of the Stop Online Piracy Act (SOPA) in the US, all intended to stop games, movies, TV shows, music and more being illegally downloaded and shared, thereby denying their creators royalties, comes the news that no matter what action is taken against pirates, it is not being successful.

A case in point is the fact that piracy levels in the UK are ‘pretty much back to where they were’ before a ban was enacted on illegal file-sharing fight Pirate Bay.

Last week, the British High Court rules that all UK Internet service providers (ISPs) had to block the torrent website. However, according to one major ISP, speaking to the BBC on condition of anonymity, said that while there had been an 11 per cent drop in file sharing as soon as the ban came into force, traffic volumes have now more or less returned to their previous levels.

The ISP also said it experienced a peak in download rates in the weeks leading up to the ban as ‘extensive media coverage’ served to publicise the Pirate Bay.

The company stressed that the traffic related to the volume of peer-to-peer sharing rather than individual users and said ‘hardcore’ pirates may have actually stepped up their torrent use (and may have used other sites to access content) since the ban came into force while casual users stayed away, but it seems clear that preventing piracy may prove impossible.

Interestingly, piracy is becoming a political issue across the world, with a UK Pirate Party now in existence and an Australian one also being formed to stand in the upcoming ACT elections (although failing to have enough registered members to qualify at this stage). So while the likes of record companies and industry bodies are determined to stamp out piracy and everyone who, as the British Phonographic Industry puts it, ‘lines their pockets by ripping off everyone who makes the music we enjoy’, there are more and more people who stand ready to fight them.

@TickYes
Back to the future