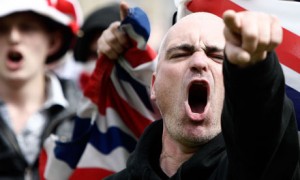 The Internet (and its offspring, social media) has been a boon for content creators – allowing anyone and everyone who wants to post, blog or tweet to do so. The vast majority of people are individuals, acting independently and sharing their thoughts with other individuals. But it is when online and social media content becomes collective that its effectiveness becomes fully apparent.

Whether that it is a good or bad thing is purely subjective. Many, perhaps even most, people believe inspiring uprisings against a corrupt, vicious and totalitarian Middle East regime is a good thing. But playing a role in civil disorder in a Western country may be viewed rather differently.

Moreover, groups that were once marginalised are able to generate attention and support as a result of how they use content. Far right groups (particularly in Europe) are a case in point. In fact, they are proving to be experts at content marketing, allowing a subjectively unpalatable message to be spread.

Writing in the Guardian recently, Dr Matthew Goodwin, associate professor in politics and international relations at the University of Nottingham in the UK, commented: ‘Today, almost everything you need to know about the far right is online. In fact, its activists have embraced the internet to such an extent that it’s now virtually impossible to track all the bloggers, Twitter accounts and Facebook pages that have, for them, become indispensable tools of communication.’ 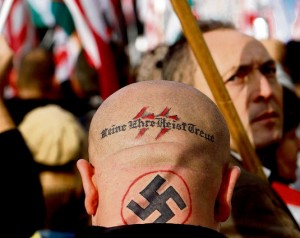 Goodwin believes the digital age has ‘facilitated the quest for credibility’ for far-right organisations. He cites the example of the British National Party (BNP). Once only heard about at election time in Britain when a handful of candidates would stand, it has parlayed a dynamic, interactive website through which it can remain in the public consciousness year-round into 85,000 Facebook likes – almost as many as the Liberal Democrats, a member of the two-party coalition government.

Goodwin also says social media has ‘helped the far right sustain the loyalty of followers and cultivate a strong collective identity’. Where once those followers were ridiculed in the wider community, there is strength in virtual numbers. He argues that this is particularly significant because the ‘far right is not simply about winning elections; it also strengthens and passes a particular belief system and collective identity on to future generations.

Online and social media content also enables new forms of far right mobilisation, says Goodwin: ‘Perhaps the most significant is the Immortal group in Germany, which emerged in 2011. Organised around Twitter and other social media, it stages unregistered rallies at night, at which its activists wear white masks, carry torches through urban areas and chant extremist slogans. Shortly after each gathering, a professionally produced video appears on YouTube. Intended to demonstrate the group’s power and support, the imagery harks back to the torchlight processions of inter-war Nazism…

‘While bringing opportunities, the digital age has also brought fresh challenges. In circumventing traditional channels of communication, it seems that we are only at the very beginning of a much broader shift in terms of how far right groups are rallying support. Mainstream parties and other groups will have to be on their guard to ensure their messages of hate do not take hold.’

It is, of course, important to remember that Internet has not created these groups or their opinions, but it has allowed them to get their message across consistently and to more people. The content marketing is good, the product is anything but.