The Decline and Fall of Free-to-Air TV

FTA, of course is†not finished. It merely has had a bit of a turn and is†having a lie down. It will be back†bigger than ever, right?

Once the staple evening and weekend fare of every self-respecting baby boomer and Gen X’er, television is no longer our†’electronic hearth’. We have plenty of other glass that we can stare at now. And that glass allows US to be the creative director,†programmer and consumer where, when, what and however we choose. It’s exciting, flexible and fun!

All of which leaves poor old FTA†looking like a threadbare old coat†gathering dust in the corner while the flashier Zegna suit alternatives sashay out the door.

Nothing new here. Technology is being regularly rendered obsolete. Depending on your age, this†list provides a reminder of what was once vital and is now irrelevant (did someone say floppy disk?).

Sure, multi-year sports mega-deals with FTA networks still make news but now there’s this little thing called ‘digital rights’ that sporting franchise owners have carved off. Before you know it, those same sports will be running their own multi-media empires and they won’t need external TV stations anymore. Why? Because they can. They own what viewers want which is why broadcast rights are so valuable. That’s why ‘narrowcast’ rights are even more valuable. The more focused you are, the more valuable you become.

This could not be starker than in network television’s own ecosystem. According to Forbes,†sports focused ESPN is worth $50 billion+ compared to the generalist ABC network’s $3.2 billion valuation.

And then there’s cable, Netflix and Apple TV and Amazon TV. All of which are vertically integrating by creating and controlling their own content through to its eventual distribution and
marketing. And we haven’t even mentioned YouTube.

In a complex, tangled and confusing electronic content dissemination world, FTA television seems firmly stuck where it was king of the heap: the 70’s. Of course, FTA still attracts enormous 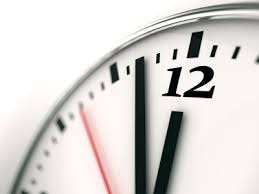 †audiences but as†with all declining technologies, while the trend is gradual it’s not looking good. What FTA TV will look like in 10 years time is anyone’s guess.

Mourn not though. Globally, television executives have at best paid lip service to the hyper-connectedness facilitated†by digital communications. Throw up a few websites, syndicate our†media releases on a Facebook page and enable SMS voting for our talent shows and we’re sorted. They’re so not sorted.

There are collectively hundreds of millions of viewers out there who have never had any personal interaction with the FTA TV channels they’ve slavishly supported for decades. Some could argue that they never needed to connect with viewers beyond offering them fabulous programs to watch. Which still works. To a degree. Trouble is, we’ve all been spoiled by what we can do and what we can control.

So while it’s unrealistic to think that regular emails and SMS’ to viewers will halt the declining trend, it can’t hurt.

But the clock is ticking, and it’s very loud.

The Message is brought to you by Tick Yes†Ė providing solutions for all your digital and content marketing needs.