The End is Nigh?

Is social media to blame for  the decline in quality of newspaper content?

Have you noticed that something is happening with our newspapers? We’re not talking about the increasing reliance on social media for sources or the changing landscape for paid online news content. Rather, the issue is the apathy running through the traditional printed media – almost as if there is an acceptance that the end is nigh. And it’s manifesting itself in the fact that broadsheets both at home and abroad are running stories that… well, aren’t really stories at all.

People expect a certain amount of fluff from the tabloids – sensationalist headlines, paparazzi shots, tacky, tawdry tell-alls. But when you pick up a broadsheet like the Sydney Morning Herald or The Age (or, more likely, look at the online versions), you expect to read content with a little more substance.

Instead, you get articles headlined ‘Potter Star’s Alcohol Battle’, revealing that Daniel Radcliffe admitted in an interview with GQ Magazine that once he turned 18 he developed a taste for alcohol. Shock horror! He then quickly realised the error of his ways (after never once being caught in a compromising position on camera) and now doesn’t drink. He is 21.

Let’s just sum up the most significant points of the article, shall we? Child star turns 18. Drinks and parties with his friends. Decides he likes sitting at home better. Stops drinking. The end.

It’s bad enough when we see headlines featuring Miley Cyrus or Lindsay Lohan non-compos mentis, but at least they’ve got a slew of sleazy photos, drink-driving convictions and substance abuse issues to back up their ‘troubled teen’ images. Poor Dan doesn’t really have the street cred, when it comes down to it.

The article isn’t even based on a direct interview with the Harry Potter star, but on a story in the UK Daily Telegraph (a broadsheet, by the way), which had cobbled together a few quotes from the original article as it appeared in GQ. All of which represents a poorly disguised attempt to jump on the bandwagon that is the impending release of the final Harry Potter film – from two newspapers that rather self-righteously boast of their commitment to ‘quality’. 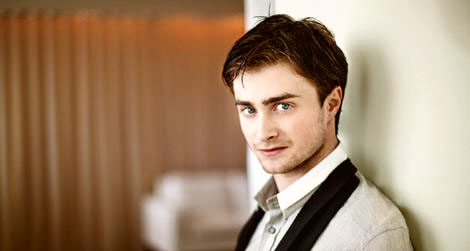 Another example of journalism that would make Woodward and Bernstein shudder appeared on the SMH website recently, but at least there was a deep-throat involved: one Joey Chestnut, who retained his world record over the weekend by putting away an impressive 62 hot dogs at New York’s Coney Island. Thank god we had people on the front line to report it.

So why is this happening? Is it confirmation that we really do live in a superficial society where style is more important than substance? Is it a case of journalists throwing up their hands in the face of ubiquitous citizen journalism? Do they have insider knowledge that the whole industry is about to fall in a heap? Or is the pressure of updating the news four, five and six times a day finally getting to our noble men and women of the press – has quantity taken over from quality when it comes to the content they produce?

And does it even matter?