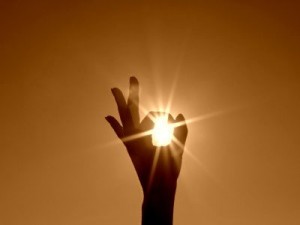 Following last year’s successful collaboration, Tick Content’s sister company, Tick Yes, has again joined forces with Nine Rewards to conduct a in-depth survey into Australian’s social media usage and, specifically, how we use it to interact with brands and businesses.

1000 people, aged 18 to 65+ from all around the country, took part in the survey. In some respects, their responses were entirely predictable – Facebook is the most used social media site, followed by YouTube and Google+. In others, though, they threw up results that companies and content marketers alike would do well to keep in mind because they show that consumers are increasingly judging brands and businesses based on their social media and online content.

What the survey results mean for brands

The results show that we are at a tipping point in terms of customer-company interaction. On the one hand people clearly still like to contact companies through traditional channels like phone and email. But on the other, it is notable that well over half of respondents have shared a brand’s online or social media content with others, while almost 41 per cent said they were influenced by social media in their choice of product, be it a car or a financial institution.

Above all, the survey shows that it’s how companies use social media that is important. Twenty-seven per cent of people told us they would switch to a brand that is more ‘customer-friendly’ in its approach to social media, with a similar number reporting that a single employee’s social media faux pas would negatively affect an entire brand’s reputation. In both instances, that’s about six million people if extrapolated across the whole population.

Crucially, though, the results make it abundantly clear that people expect engagement through social media – which is, of course, the essence of content marketing.

Those shows the importance of not just having a social media presence, but making that presence count. They show that an effective content marketing strategy that understands the needs of the target market and gives them the sort of content they want in the manner in which they want it is crucial for the ongoing success of a brand.

From turning around a boring brand to capturing the world’s attention, content is the answer.