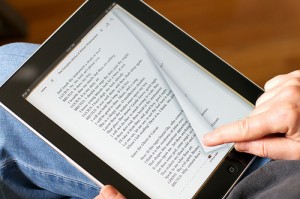 If you think ebooks have been getting more expensive recently, you could be right. According the Wall Street Journal, the US Department of Justice (DoJ) has accused five of the world’s leading publishing houses – Simon and Schuster, Hachette, Penguin, Macmillan and HarperCollins – have been conspiring to raise the price of ebooks. So much so, in fact, that the DoJ is threatening legal action.

But it seems the real villain of a convoluted plotline worthy of any classic novel is none other than former Apple CEO, Steve Jobs. And let’s fact it, even from beyond the grave, this wouldn’t be the first time Jobs has been cast in such a role.

With printed books, publishers set a wholesale price (about half the recommended retail price), then let retailers determine how much they charge for a title. Which explains why chain stores like Kmart are consistently able to sell the same book for less than a specialist bookstore.

Is Steve Jobs to blame? 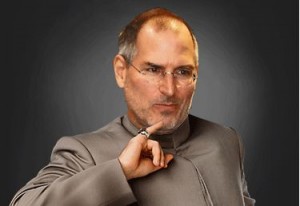 Originally, ebooks operated under the same model. But then along came the iPad and the adoption – at the apparent behest of Jobs – of a new ‘agency model’ of selling. Under it, the publishers set the price and the agent (Apple, effectively) took a 30% cut.

For Jobs, the intention was to stop Amazon, which had been ‘aggressively cutting’ prices in an attempt to get customers to buy the Kindle reader, cornering the ebook market.

The result, though, has been a general increase in the price of ebooks. If the DoJ (as well as the European Commission, which is also investigating the same five publishers) is successful, the cost of ebooks could fall. But any short-term gains made by the end consumers may actually result in long-term pain.

Publishing expert Benedict Evans has told the BBC that contrary to popular perception, it is not a great deal cheaper to produce an ebook instead of printed one as printing costs were a fraction of the total production expenditure: ‘All the costs are the people in the publisher’s HQ and the writer’s mortgage.’

Which means cheaper ebooks could lead to cost-cutting at publishers, resulting in less titles – particularly in terms of specialist, niche content. And surely that’s something that content creators and consumers alike would want to avoid?