There’s one big flaw that all brands have that no one likes to talk about: they’re run by fallible, emotional and sometimes careless human beings.

Every once in a great while, these humans make mistakes—they slip up all too publicly on their brands’ social media properties.

When this happens, most us watch the disaster unfold with bewilderment at the stark stupidity of it all. While these mistakes often create backlash for brands, and sometimes a bit of recovery work, they’re not necessarily the end of the world. Having said that, it may be the end of the career line for the people who caused the problem/s in the first place.

In the interest of learning from the mistakes of others, following are some of the worst social media fails of the last 12 months: 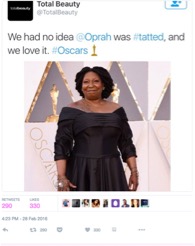 Both are not people whose bad side you want to be on, and the brand may have done so when they praised Oprah Winfrey for having tattoos while it was in fact Whoopi Goldberg in the picture.

To make matters worse, the tweet was released during the Oscars, meaning that Total Beauty not only received the attention of the fans of both women, but of all the viewers tweeting about the Oscars that night.

To their credit, they reacted quickly, taking down the photo as soon as they could and apologised for the misstep.

ALDI Australia didn’t offend other people, but they did accidentally incite others to upload questionable content on their Twitter page. The popular discount retail outlet wanted to run a campaign that would prompt their customers to post positive memories about shopping at Aldi.

After the ‘Fill in the blank’ tweet went live, Aldi received many distasteful responses, with people filling in the blank with offensive imagery like diarrhoea, poison, and many other less pleasant responses. 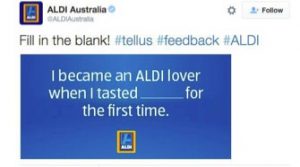 Key learning: consider all possible outcomes – negative and positive – when palnning you next social media campaign. Remember, consumers are not constrained by policy, guidelines and corporate imperatives like you are. 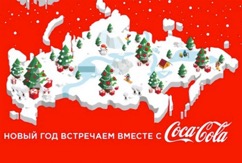 The biggest social media rule is the one that always seems to be broken the most: do your research.

In this case, Coca-Cola incited a #BanCocaCola hashtag after they published an ad with the wrong map of Russia.

When you take a closer look, the map is outdated. It doesn’t include Kaliningrad, which was annexed after World World II. Russian patriots were not happy with the ad, and began posting pictures of themselves pouring Coca-Cola into toilets. Ouch.

There are times when you just scratch your head and wonder what a brand’s marketing/social media department was thinking. This is one of those times. 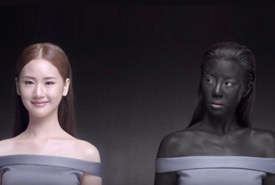 Beauty brand, Seoul Secret ran an incredibly inappropriate campaign, that basically implied that one of their models was more successful because she has white skin.

To make matters worse, the campaign was called “White Makes you Win”. What was it promoting? Skin lightening cosmetics.

Seoul Secret tweeted about their campaign and included a video of Thai actress and singer Cris Horwang.

In the video, she spoke about her career and made direct comments about her white skin and why it has made her more successful than others.

Most brands fear social media mistakes like the ‘Wrong Russia’ one made by Coca-Cola. Taking it to a whole new – and worse – level is running a blatantly racially offensive campaign. Imagine having to clean up that marketing mess.

There is Life After a Social Media Fail.

The best way to recover from a social media campaign that has gone wrong is to act quickly, apologise (invariably) and show that you’re genuinely trying to fix the mess. A good social media strategy is all about planning and balancing sensitivity with common sense.

If having a successful social media program is something you’re worried about, speak with a social media expert about how to do it right; and what to do when things go wrong.