The Price of Free Speech

Why using social media can be fraught with danger

In December 2011, The Message reported that a Saudi prince had bought a three per cent stake in Twitter. A month later, we reported Twitter’s announcement that it would block tweets in countries if compelled to do so by that country’s government – a policy change that led a number of activists to question whether the self-proclaimed ‘free speech wing of the free speech party’ was selling them out. 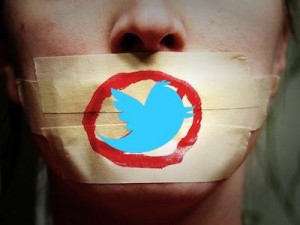 Fast forward a year and we have the breaking news that a second Kuwaiti man in as many days has been jailed for insulting the country’s ruler, the emir Sheikh Sabah al-Ahmad al-Sabah.

Although Kuwait is widely regarded as one of the most liberal of the Gulf states – and has avoided Arab Spring-style mass arrest as a result – the last few months have seen a crackdown on political activists, particularly those who have used social media to criticise the government and ruling family.

In October last year, the emir used emergency powers to change the voting system, leading to a string of protests. One protestor, Ayyad al-Harbi, took to Twitter to vent his frustration – leading to his arrest and, now, sentencing to two years in prison.

‘We’ve been taken by surprise because Kuwait has always been known internationally and in the Arab world as a democracy-loving country,’ Harbi’s lawyer Mohammed al-Humidi said. ‘People are used to democracy, but suddenly we see the constitution being undermined.’

Coming hot on the heels of the news that Google executive chairman Eric Schmidt is in North Korea on ‘social media’-related business, it serves as a timely reminder that while social media itself may be inherently democratic, the restrictions under which can be used are often anything but.