If you think the accuracy isn’t important when it comes to content marketing, think again…

Did you know online content nearly sparked a war? That’s the essence of this intriguing blog from the New York Times. It seems that in 2010, neighbouring Central American countries Nicaragua and Costa Rica nearly came to blows (and bullets and bombs) because Google Maps incorrectly showed the border between the two.

In a stroke, modern technology doubling up as online content reignited a feud dating back over 150 years – with potentially nasty results.

It’s an extreme example, but it’s also one that serves to illustrate the importance of accuracy when it comes to online and social media content.

We have posted before about the changing face of publishing and how the future of content creation – and the essence of content marketing – will be centred on companies viewing themselves as publishers.  Already, companies are hiring journalists to write quality, engaging, targeted content for them, but it could be that in the not-too-distant future sub-editors will also be added to the ranks.

Accuracy helps get the message across 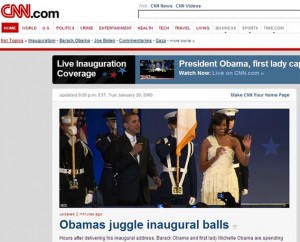 In newspapers and magazine, ‘subs’ are the unsung heroes. They come up with the funny/pitch/clever/catchy/poignant headlines, they provide punch and greater readability to copy and, crucially, they also check the facts contained in a story.

Sub-editors are the reason, for example, why a DIY magazine goes to press advising readers to strain a mixture through a muslin cloth rather than a muslim one. That’s not to say mistakes aren’t made – there have been some well-documented doozies over the years, but subs generally catch far more than they miss.

The point is that while engaging content is a vital element in content marketing, accuracy and attention to detail is just as important. Content allows a company to find its voice and use that voice to get its message across to its customers. But that message can easily become lost if something is poorly written, unintentionally funny or littered with mistakes.

We’re not suggesting every company out there should rush out and hire its very own team of sub-editors, but we are stressing the importance of checking things carefully before publishing them.

After all, consumers are hardly likely to want to do business with a company that can’t even get its facts right.