The Rise and Rise of LinkedIn

Overshadowed by Facebook, but LinkedIn is arguably the social network with the most to offer its members – thanks in part to its use of content

It’s a time of milestones in the social network sphere. First came the news that Facebook topped the billion-users mark towards the end of last year, and now LinkedIn has just announced that it has reached 200 million members. 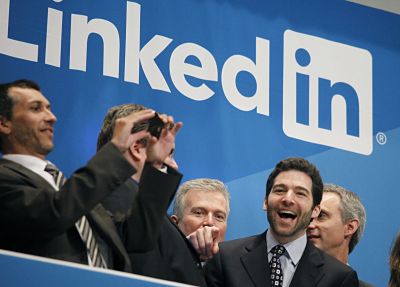 Although LinkedIn was launched in March 2003, a year before Facebook, it is still gaining members at an incredible rate – two per second to be precise, according to the press release making the milestone announcement.

Most impressive is the news that it has taken LinkedIn just 22 months to go from 100 million members by March 2011 to 200 million today. The company puts this down to increased international (non-US) growth, with 64 per cent of its members living outside the US, in over 200 countries or territories.

As well as counting on people’s desire to make contacts for professional (and personal) reasons, LinkedIn has employed a range of strategies to keep users visiting the site on a daily basis. This includes everything from personalised content delivered on a daily basis via email to making the site available in 19 languages (13 of them added in the last two years) As a result, LinkedIn receives over 160 million unique monthly viewers and is the 23rd most visited Web property. But according to Deep Nishar, LinkedIn’s Senior Vice President for Products and User Experience, ‘This milestone is more than just a metric – it’s a reminder of the global footprint and the scale of impact our network has each day. Members come first at LinkedIn and we remain focused on creating economic opportunity for every professional in the world.’

And unlike with other social networks, you actually believe that they genuinely mean such lofty, altruistic pronouncements and that the company deserves the success this LinkedIn-supplied infographic shows they are enjoying: