The Siri Killer is Here… or Is It?

When Apple’s Siri saw wide distribution in 2010 it was a godsend for the tech-savvy who were still not savvy enough to organize their lives, remember dates in relationships or ask for directions. The app was like the pocket personal assistant they’ve always wanted. It could remind users of whose birthday was coming up, answer questions, and make recommendations like what restaurants or shops to go to.

But now Google has come out with their own version of a PA, they call it the Now. Now has functions pretty much like Siri;  it’s voice-activated and can remind you of appointments and important dates and point you in the right direction. 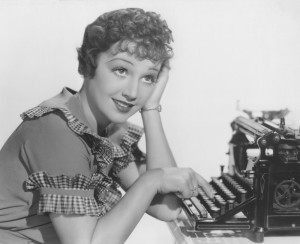 However, it has one crucial difference.  Now is being touted as a step above Siri because it supplies data relevant to the user even before the user thinks to ask for this information.

What do these two have in common anyway?

Both are PA-type voice-activated apps.  While not online platforms, they still need internet connection even for tasks that do not need online intervention like setting an alarm… let’s just get that out of the way first.

Both can supply information on demand, although Now may supply some information ahead of your asking.  The questions you can ask can vary from the weather, the nearest movie theater, the latest stock market figures or scores of a particular NBA team during a recent game.

The similarities seem to end there. The two have different “personalities” so to speak.  While Siri is chatty and offers witty remarks, Now is straightforward and no-nonsense, kind of like the contrasting personalities of Kirk and Spock on Star Trek.

A user took both Siri and Now on the iPhone and asked them for the PA’s name.  Siri replied “My name is Siri, but you know that already.” Google responded with the phrase “What is your name?”

When it comes to restaurant choices Siri has a slight advantage because of Apple’s partnership with review site Yelp and the restaurant reservation service Open Table.  When it comes to travel, especially in places you are not familiar with, Now may be a little bit more useful.

“I’ve found it particularly useful while traveling.  As soon as my plane landed in Orlando, Florida, Google Now offered “cards” with details of my hotel and my car rental, based on confirmation emails sent to my Gmail account.  Clicking the hotel card got me turn-by-turn directions to the hotel using the Google Maps app.  On the way home, Google Now gave me the gate number for my connecting flight in Charlotte, North Carolina, as the first plane taxied from the runway,” AP Technology writer Anick Jesdanun told USA Today.

It turns out you might have to give up a bit privacy to be able to use Now. You must allow Google mto scan contents of your Gmail account, calendar entries and information on recent Google searches and email marketing, all the more to be able to anticipate what information you are looking for and display the necessary data even before you ask for it.

Now also has another unusual advantage, it is available for phones running Android or iOS. Just what were they thinking arming the enemy with their own weapons?  Pundits are still undecided whether the online strategy of making an app available to a rival network is a stroke of genius or a deathblow.

But rather than have one over the other, experts are saying the two apps actually complement each other.

“Siri is the better of the two—as a voice assistant. She’ll always respond with something, even if it’s to seek clarification…Where Google Now shines is in anticipating your questions.  Open the Google Search app, and you’ll see cards fill the screen with useful information,” Jesdanun added.

One PA is cold, hard logic, the other cracks jokes and witticisms.  One is good for finding the best places to eat, the other to help you in a place where people do not speak the same language as you do.  One waits for you to ask, the other tells you what you want to know ahead.  Why not have them both?  Don’t Kirk and Spock always go together anyway?