The times they are a-changin’

Come gather round, people, wherever you search

And admit that you’re leaving CDs in the lurch

At least that’s according to brand-new research

That is certainly so well worth savin’

And now streaming has just knocked downloads off their perch

For the times they are a-changin’

(With apologies to Bob Dylan) 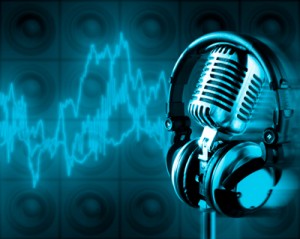 Times are indeed a-changing where music is concerned. Although the latest research shows that CDs and vinyl still account for 61 per cent of all music sold worldwide, that is a drop of 12 per cent on this time last year as more and more consumers look on music as another digital content offering.

But it is how people are increasingly accessing that music-as-content that is most interesting. The research, as reported by the BBC, shows that ‘on-demand services like Spotify and We7 will generate £696m [just over a billion dollars] for the global music industry in 2012’. That’s a rise of 40 per cent and, significantly, it means more people are now streaming music than downloading.

From an artists’ point of view, streaming is obviously preferably to piracy – which pays them nothing. However, although musicians receive a royalty from the likes of Spotify, it is far less than they get from other, legitimate, digital channels – as cellist Zoe Keating revealed when releasing her accounts.

And with digital sales (in all forms) set to outstrip physical sales within two years, it seems the whole issue of musicians’ remuneration is set be debated for years to come. Which perhaps suggests the times aren’t a-changing that quickly…

@TickYes
Is Your Social Media Strategy Off Target?