How DPV has turned a TVC into an online content splash 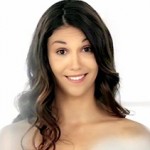 These days, a commercial is measured not only by how many products it sells, but also by how much online content it generates. Many brands have paid many agencies many, many dollars to come up with the answer to that crucial question: how do we get people talking, tweeting, posting and ‘liking’ us?

Because we like you so much, we’re going to give you the answer for free.

You get a pretty, naked girl to say ‘vagina’.

Yep. That’s the big secret, folks – as tampon brand Carefree has proven with its recent Australian television commercial (although they also threw in the words ‘discharge’ and ‘period’ for good measure, which really got the tweeting thumbs a-flyin’).

Of course, Carefree has a good reason to use those words, as it was advertising a product directly related to them. In fact, the ad rather begs the question: why has it taken this long for a feminine hygiene brand to actually come out and use the v word?

It’s almost as though women are sick of having a pretty significant body part talked about in vague euphemisms, with a strange blue liquid used as some sort of visual aid.

In case you haven’t seen it, here is the ad in question. As well as commercial television airplay, it has had over 23,000 YouTube hits as well, which doesn’t exactly qualify as viral content, but does prove people are talking about the product – which doubtless makes the content marketers at parent company Johnson & Johnson very happy!

In fact, the ad is becoming a content staple in all forms of media. It has been discussed everywhere from The Project to Mumbrella and popular women’s website Mamamia. But the ultimate measure of its success in pop culture terms is that it has even spawned a YouTube spoof…

So what do you think? Should we send the little ones (and of course all the men) into trauma therapy? Or should we tip our hats to Carefree for de-mystifying the secrets of the female body and making a commercial that (for once) can’t be misinterpreted as an advertisement for the adventure sports industry?