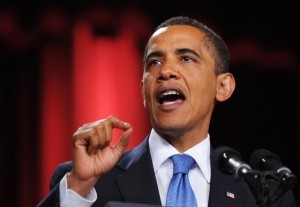 As The Message reported last week, social media is perceived as helping individuals make a difference. The flip side is that, as a report in The Guardian reveals, technology has also been used ‘to track dissidents or block Internet access’.

Specifically, it is reported that ‘Iran has provided the regime of Syrian president Bashar al-Assad with technology to jam cell phones and block or monitor the social networking sites rebels would use to organise demonstrations’.

Now, however, the West – and specifically the US – is taking steps to stop such totalitarian controls, with president Barack Obama signing an executive order authorising sanctions ‘against foreign entities and individuals who help authoritarian regimes use technology to crack down on dissidents’.

Although the penalties (which include financial restrictions) are said to be particularly aimed at Syria and Iran, The Washington Post reports that ‘it could be extended to include other countries’.