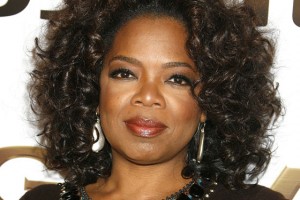 Forbes has just released its latest list of people to envy and/or feel slightly sickened by (depending on your personal views towards massive wealth). It makes interesting reading for content creators because, these days, everyone on that list uses content in some way.

Some on the list enable it (the likes of Bill Gates, the man who popularised the term ‘Content is King’ and the man whose Microsoft company allows so much of it to be created – including this post; he’s number two on the list with $US61 billion), others are a conduit for it – take a bow ‘Google twins’ Sergey Brin and Larry Page (24th equal with US$18.7 billion each) and Facebook founder Mark Zuckerberg (number 35 with US$17.5 billion).

But all of them, from world’s richest man Carlos Slim Helu (US$69 billion from telecoms) down, recognise the need to use online and social media content to promote their wares, further their ambitions and, in the process, make themselves even richer.

Even setting aside tangential connections, there are billionaires who have made their money specifically from content creation. It has to be said that many of them made their fortunes when the Internet – and everything, like social media, that has stemmed from it – was just a gleam in Sir Tim Berners-Lee’s eye, but all have diversified into ‘new’ media and their presence on the list shows that there is considerable wealth to be made from producing engaging content in all its forms, from words to images, music to video.

More famous names also feature prominently, albeit lower down, on the content creators rich list, including Richard Branson (whose Virgin empire famously began with a record company run from a public telephone box) with US$4.2 billion, George Lucas with a US$3.2 billion, Steven Spielberg with US$3 billion and Oprah Winfrey with US$2.7 billion.

It is those last names that prove that as well as requiring an undoubted nose for business, creativity and wealth are not necessarily mutually exclusive when it comes to content creation.