Does authorship matter in the age of online content? If you’re a guy it does, apparently… 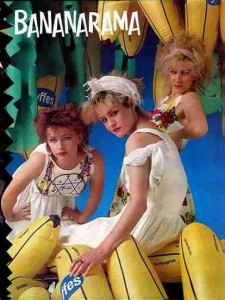 Back in the haze of history, in a time before social media and online and digital content (an age otherwise known as the 1980s), one of the original girl bands, Bananarama, released a song called It Ain’t What You Do (It’s the Way That You Do It). To say it was awful is perhaps a little unkind, but if you feel like a giggle (and/or a trip down memory lane) you can see it here.

But change the lyrics slightly and you actually have a blueprint for creating content. See, it ain’t what you say, it’s the way that you say it. And it seems there is even a psychological basis for this.

In a study soon to be published in the Computers and Human Behaviours Journal, psychologist Rebecca Brand has discovered something that’s sure to send any, um, ‘aesthetically challenged’ gentlemen looking for love into despair.

Apparently women are able to tell whether a man looks more like Michelangelo’s David or Munch’s Scream without ever clapping eyes on a profile picture. How? By the way they write. So now, the anonymity afforded by a computer screen is no longer a balm for the cruel sting of rejection based on looks.

The study asked 50 women to analyse the online dating profiles (without pictures) of 100 men between the ages of 22 and 25, and rate them in order of how attractive they thought they were based on what – and how – they had written. They were then asked to judge how attractive they thought the photos (without attached profiles) of the 100 men were, and the results were found to correlate.

Does this mean that women really have a sixth sense for analysing the writing styles of attractive men? Or could it be that more physically attractive men exude more confidence in their writing? On the other hand, surely someone whose interests include ‘rock-climbing, running and working out’ has a better shot at being a 10-out-of-10 hottie than a guy with a passion for butterfly collecting.

A 50-sample survey is, of course, hardly conclusive. But it does raise some interesting issues about the attractiveness of online content. Have boring content, and you, your brand and anything else you want to promote will be dismissed as boring. But make it exciting and sexy and that’s how you’ll be perceived. In the online, digital and social media world, it doesn’t matter who does the writing, but that content has to sparkle if it’s going to attract fans, followers or customers. 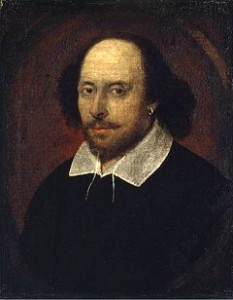 Authorship is essentially irrelevant (egos aside). It’s the quality of content that counts. Which brings us rather neatly to Anonymous, a new film that rehashes that old chestnut about whether Shakespeare wrote his plays.

The film itself is fun enough, and with the exception of a few ‘creative’ takes on the facts of history (this is, after all, a film by the man behind The Patriot, Independence Day and the abominable 2012), offers a believable enough premise – assuming you can buy Shakespeare as a semi-illiterate drunkard hired to take credit for the work of Edward de Vere, the Earl of Oxford, played by Rhys Ifans.

But what makes Anonymous intriguing is the fact that the importance of authorship sparks enough mystery and debate to fill several books and theses – and now the big screen.

Anonymous is essentially telling a story about the importance of content not just for content’s sake, but as a conduit for identity. Most people agree that whoever wrote Hamlet, King Lear, Twelfth Night and all the rest of them was a genius, but that doesn’t seem to be enough. The filmmakers (and the plethora of people who have taken to social media to debate the issue) are essentially buying into the argument that authorship matters more than the content itself.

However, as the survey results show, that certainly isn’t the case in the online world. There, the content shapes the image, not the other way around. After all, as Shakespeare (whoever he was) put it: ‘What’s in a name? That we call a rose, by any other name would smell as sweet.’

@TickYes
Is your iPhone bad for you?
Loading Comments...