Thorne in the Side

Want viral content? This is how you do it

Part comedic genius, part digital sociopath, David Thorne is responsible for some of the most hilarious exchanges in the history of email forwarding. While you may not immediately recognise the name, you may be familiar with some of his work.

Thorne is the man responsible for the famous viral email exchange in which he attempted to pay an outstanding bill with a picture of a spider. Ringing any bells yet? How about the exchange in which he RSVP’d to a party he clearly was not invited to?
His responses to colleagues who expect him to drop whatever he is doing and apply his design skills to their personal agendas have had designers the world over chuckling darkly, and it is this unique ability to tap into common experiences that makes his content so irresistible. 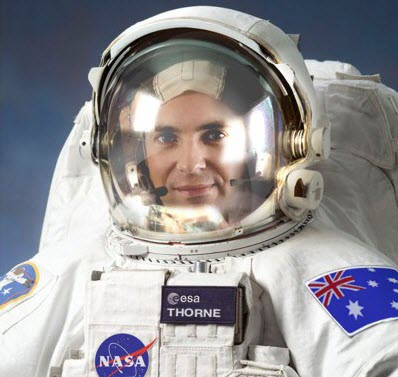 The title of his book The Internet is a Playground seems as much a statement of Thorne’s life philosophy as it is a description of the content held within. And if the Internet is indeed a playground, then Thorne is the undisputed king of the monkey bars.

A marketer and designer, Thorne’s clients and workmates are often the subjects of his taunts and pranks. After reading some of the disciplinary notices that he receives (and then posts gleefully on his website or Facebook page), you’d be forgiven for wondering how he still has a job, but given his ability to make virtually any piece of content he creates go viral, it’s pretty evident that he’s marketing gold.

On this ability, he recently stated in an interview with Pop Magazine:

‘First and foremost, people want to be entertained. The internet allows people to share information that they find entertaining very quickly. Successful marketing campaigns need to treat their product or message as second or third level information to the content. Few will forward a blatant advertisement… Twitter is actually a very interesting site and allows for viral expansion loops in a manner I have only seen touched on in other mainstream sites. The recent ‘Kate’s Party’ comment I made on Twitter was basically a test of this capability and the resulting 72,000 attending guests and television news articles over a 48-hour period was very interesting.’

It is Thorne’s insight into people – and his ability to expose the ridiculousness of the bureaucratic and social protocols so many of us fail to question – that give his writing mass appeal. But it is his exploitation of the Internet and social media in terms of spreading content that really makes people take notice.