Justin Timberlake has bought Myspace and is planning to reinvent it as an online content platform for music. But can he make is sexy again? 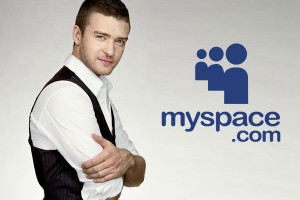 When Rupert Murdoch’s News Corporation bought Myspace for US$580 million in 2005, many people scratched their heads and raised a quizzical eyebrow. With Facebook clearly already on its way to the top, the investment was a puzzling one – and has gone down as one of the least successful social media business moves since Zuckerberg’s roommate opted out of Facebook.

Six years on, Myspace has again changed hands – to far less fanfare (it actually took place back in June 2011; who knew?) and a far more respectable price (a ‘mere’ US$35 million). Yet people are still scratching their heads, albeit due to the identity of one of the buyers.

In the past month alone, Myspace claims it has gained over a million users, with ‘an average of 40,000 new registrations daily’. The company credits its music collection (over 42 million songs) and improved functionality
and strategy for the boost, and looks set to re-enter the market – if not with a bang, then with a very determined whimper.

Perhaps, you could argue, one reminiscent of the dulcet tones of JT himself…