Trust in the social media world 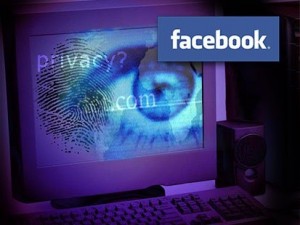 Our sister site, Tick Yes, recently posed the provocative question: Is there such a thing as privacy anymore – and should we care? The points raised in the article, headed ‘Privacy, Schmivacy’, are worth repeating here:

They say that if you can’t figure out what a website is selling, the product is most probably you.

It’s a fact people confirm time and time again by spending hours per day procrastinating on Pinterest, farming on Facebook and gleaning information from Google.

The interesting thing is, people prostituting their privacy for gain is not a by-product of social media, or even the Internet. For decades we’ve willingly traded our privacy for benefits, whether it’s the chance to win cash for a survey, or the convenience of having our details on file with a store. We sell our privacy to credit agencies in return for a shiny card, and we willingly log our exact location at every moment for the luxury of GPS navigation instead of having to read a map.

So why the furore over online privacy? Why, all of a sudden, do we see sinister motives in every move Google makes, or every setting Facebook changes?

Google’s recent changes to its privacy settings (in effect as of 1 March, 2012) were much-publicised by the search giant. Instead of seeing this as an attempt at transparency and full disclosure, people (spurred on in part by the media and governments) got their virtual knickers in a twist. It was as though the thought never occurred to millions of people that a service they use daily, without limits, for free, might actually need to charge them something for the privilege.

Facebook is another company that regularly comes under fire for its approach to online privacy. The idea that Facebook could track our behaviour in order to specifically cater advertisements to us seems abhorrent to many, and yet we willingly post pictures, information and even the exact coordinates of what, when, where and with whom we’re doing something.

What makes the whole thing more bizarre is that the idea of targeted advertising seems to brush so many people up the wrong way. Perhaps these people haven’t been on the receiving end of the millions of ‘BUY CHEAP CIALUS MAKE LONG SEX’ emails that appear to be indiscriminate in their target market. Surely the idea of receiving advertisements for products that they might (shock horror) actually be searching for is more appealing?

Sure, privacy is an issue we should care about. We all want our innermost thoughts and behaviour to be kept under wraps. We just want Facebook and Google more. 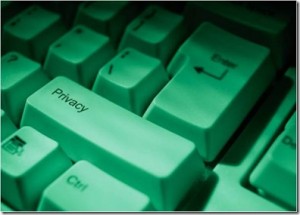 For content creators, the issue is slightly different. Everyone who tweets or posts on Facebook is creating content – content that, presumably, they want others to read, watch or listen to. If media reports are to believed, though, employers are increasingly asking employees and even job seekers for Facebook usernames and passwords so that they can access even private profiles and see what the individual is saying.

According to George Washington university law professor Orin Kerr, such requests are ‘akin to requiring someone’s house keys’ and ‘an egregious privacy violation.’

The legalities of this sort of approach are still being debated, because widespread social-media usage is still new enough to be a complete grey area. But as the Sydney Morning Herald reports: ‘Since the rise of social networking, it has become common for managers to review publicly available Facebook profiles, Twitter accounts and other sites to learn more about job candidates. But many users, especially on Facebook, have their profiles set to private, making them available only to selected people or certain networks.

‘Companies that don’t ask for passwords have taken other steps – such as asking applicants to friend human resource managers or to log in to a company computer during an interview. Once employed, some workers have been required to sign non-disparagement agreements that ban them from talking negatively about an employer on social media.’

What would YOU do? 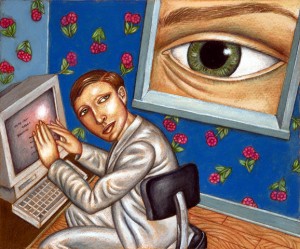 Brand reputations are important. Many companies now have social media policies in place that explicitly state how employees who use social media on behalf of the company have to operate. These are to be expected and cannot really be seen as unreasonable.

But to seek to control what someone thinks and says away from work to their friends is moving uncomfortably close to 1984’s Big Brother territory. Unhappy employees have always ‘bagged’ their bosses – on the phone, in the pub, at a party. Oftentimes, it’s simply a case of letting off necessary steam and allowing them to refocus. The difference, of course, is that technology now allows one-to-many rather than one-to-a-handful venting.

But from a marketing perspective, companies have to be careful. Social media and content marketing allows consumers to feel like they have a choice. But how many people would choose to buy from a company that is demonstrably controlling? After all, if that’s how they treat their known employees, what sort of attitude must they really have to their unknown consumers?

Trust is a two-way street. For consumers to trust a company and therefore want to buy what they are selling, they need to know that the company displays trust in return.

So what would you do if a possible employer asked for your Facebook username and password? Would you give it to them, or would you tell them, ever so politely, where they can stick their job?

@TickYes
How to Create Compelling Content to Achieve Marketing Results