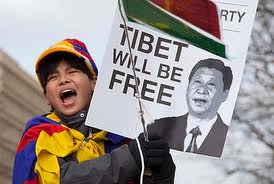 Stories like this one from krebsonsecurity.com are emerging of Twitter being used to suppress political dissent in an ironic reversal of the role social media has played in bringing about increased democracy in totalitarian or semi-totalitarian states.

To be more accurate, it’s not the use of Twitter itself but Twitter bots (best described as ‘zombie accounts that auto-follow and send junk tweets hawking questionable wares and services’) that are doing the damage, particularly to Tibetan protestors who are opposed to Chinese rule.

As KrebsOnSecurity reports: ‘It’s not clear how long ago the bogus tweet campaigns began, but Tibetan sympathisers say they recently noticed that several Twitter hashtags related to the conflict – including #tibet and #freetibet – are now so constantly inundated with junk tweets from apparently automated Twitter accounts that the hashtags have ceased to become a useful way to track the conflict.’

A similar campaign was apparently waged against anti-Kremlin activists in Russia following 2011’s disputed parliamentary elections. While Twitter was ‘very responsive’ in that instance, ‘these anti-Tibetan twitter bots appear to have flown under the radar so far’.

Social media has often been touted as having a democratising influence, so the notion of it being used to actively suppress or spoil democracy-spreading social media content is an intriguing – and some might say sinister – development.