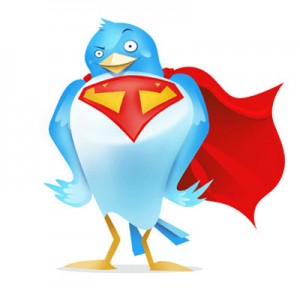 Na-na-na-na-na-na-na-nah Twitter! Forget Batman, Superman, Iron Man and all the other caped crusaders. Because there’s a new superhero in town and its name is Social Media.

According to thenextweb.com, Twitter has saved a carjacking victim in Johannesburg over the weekend.

The unnamed man was driving in the South African city when he was carjacked and forced into the boot of his car. As he still had his mobile phone on him, he sent an SMS to his girlfriend, who immediately took to the micro-blogging site to spread the word:

Her pleas were quickly taken up by the Twitterverse, with @PigSpotter (a tweeter with over 100,000 followers) passing on the message.

Within an hour, a security company had located the car using GPS to lock on to the victim’s mobile phone. A roadblock was set and the criminals abandoned the car with the victim still in the boot.

The happy ending was, appropriately, reported on Twitter: ‘Just received a call, the police have found him his in Ventersberg! He is okay just shaken up thank you to everyone for all the help!!’

Apparently, this is not the first time Twitter has been used to solve a crime in South Africa. Social Media content, we salute you…