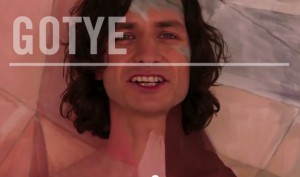 It used to be that buying the album of your latest band crush was a physical and giddy ritual. Not only did you have to leave the house (heaven forbid!), but for your troubles you were rewarded with a tangible, pleasantly symmetrical CD, to have and to hold forever and ever.

A real part of this magic ñ at least for a lot of people ñ was examining the album artwork that came with your new CD. Many a heated discussion has been had over the merits (or lack thereof) of a bandís album art, and the process of carefully extracting the booklet from the front cover of a new album and examining the visual representation of the music you love so much was once as vital a part of the experience as listening to the damn thing for the first time.

These days, as we all know, album art is relegated mostly to pixels on a screen, as we download the albums we want straight onto our laptops and iPods, meaning stores full of lonely reflective disks are becoming obsolete faster than the latest season of Farmer Wants a Wife.

The hunger for visuals hasnít abated, however, and therefore music videos are becoming more and more important to the success of a track.

Gotyeís ëSomebody That I Used To Knowí video is a prime example of a song thatís success was turbo-charged by an excellent and viral video. With over 19 million views on YouTube, itís fair to say that it wasnít just the G-manís dulcet tones that grabbed peopleís attention!

The latest video to be screeching towards viral status is one by little-known Aussie band Hey Geronimo. While the groupís music is yet to touch millions (all in good time, however ñ theyíre not bad to listen to), the video for their new single Why Donít We Do Something? has made much more of a splash by utilising smartphone memes made popular by the success of games like Angry Birds and Plants Vs. Zombies.

The video features the band re-enacting live smartphone games and is already pushing 200,000 views ñ proof that finding something relatable to sell great content is often the only push you needÖ