A recent report suggests that the years 2011 to 2020 will see an unprecedented number of women entering the workforce. Social media is already playing its part in the rise of the ‘she-conomy’ and online content needs to catch up… 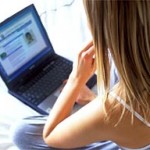 For decades, the ‘glass ceiling’ has been blamed for holding women back when it comes to earning comparable salaries to their male counterparts. In developing nations, meanwhile, statistics show that girls are still being denied access to education. Inequality, it seems, is alive and (un)well.

However, it could be argued that over the next decade, social media and the ongoing development of mobile technologies (particularly in the rise and rise of Smartphones) has the potential to change that.

Already, the fastest-growing Facebook demographic is women over the age of 55. Of course, access to Facebook relies on the Internet, which suggests that those 55-year-old women live in developed countries. However, that will not necessarily be the case for much longer.

In 2007, the BBC was already reporting that ‘mobile phones are now overwhelmingly being bought by people in developing countries’. The figure given was a staggering 85 per cent of the one million new mobile subscribers signing up every day. And with Smartphones growing exponentially in popularity, thanks in no small measure to their suitability to social media, it may not be long before the social networks are flooded by women of all ages.

Which means what, exactly?

Well, for a start – empowerment, or at least a significant step towards it. Connectivity equals numbers, which in turn equals, as the saying goes, strength. For another thing, it means bargaining (and spending) power gained as a result of first-time employment made possible by the new technologies.

Consider the statistics presented in the Intuit 2020 Report:

Which means that not only are we entering the decade of women, but also that any company that tailors its online content offerings accordingly in a fresh, appealing package can directly engage with hundreds of millions of people. It’s an appealing proposition…