The Message predicted Pinterest would be the next big thing for online and social media content. Now everyone else is catching on… 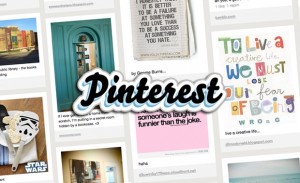 Back in May, when Pinterest was just a speck of dust in the online pond, we wrote a piece touting it as the next big thing in online inspiration.

Fast-forward eight months and you can’t read a social media blog without tripping over at least three articles about its meteoric rise. So either Pinterest has hired the PR equivalent of the bed bug infestation currently sweeping the US, or it really is ‘the Next Big Thing’.

Let’s look at some of the stats…

Are you on Pinterest? Do you want an invite? Are you buying into the hype?

*Note: Mashable may not have actually referred to Pinterest as the second coming of Christ, but judging by the number of articles it publishes about the site, we’re guessing the editor’s opinion isn’t far off that…