What’s all the fuss about?

Is Gina Rinehart’s apparent attempt to buy her way onto the Fairfax board really such a big deal in the new content age? The Australian media are worried and the federal government is terrified. The nation’s richest woman, mining magnate Gina Rinehart, has been snapping up shares in Fairfax Media, publishers of historic mastheads like The Sydney Morning Herald, The Age and The Australian Financial Review, as well as leading talkback radio station 2UE.

According to newspaper and television reports, Rinehart now owns 12.8 per cent of the 181-year-old company, making her the single biggest shareholder. She is apparently planning to purchase 14 per cent of Fairfax.

The news has been met with varying degrees of suspicion and alarm. As soon as Mrs Rinehart began her share-buying assault on the perceived bastion of liberal media, federal communications minister Stephen Conroy said the country needed stronger media ownership laws.

It is widely thought that Mrs Rinehart, who already owns a 10 per cent share in Channel 10, is interested in Fairfax – perhaps even to the point of purchasing a controlling stake – because of the political clout and influence it will provide her. After all, media ownership has worked wonders for Rupert Murdoch.

Murdoch’s News Corp controls about 70 per cent of Australian newspapers, with Fairfax and Kerry Stokes’ West Australian Newspapers accounting for the remainder. Some commentators believe that Rinehart would provide a fitting – and long overdue – challenge to the Murdoch empire. Others, though, are concerned that the $17 billion woman (whose resource holdings and future mining projects have her on track to becoming the richest person in the world) is cut from the same right-wing cloth as the man satirical magazine Private Eye delights in calling ‘the Dirty Digger’.

And there’s the rub that is presumably making the government nervous. As someone whose considerable fortune lies in mining, Gina Rinehart is, not surprisingly, implacably opposed to the ALP’s mining tax. From a financial standpoint, the ABC has reported that it is cheaper for her to buy up Fairfax than it 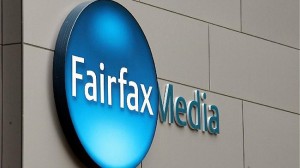 is to pay the tax. Indeed, her ‘raid’ on Fairfax came a day after the publisher’s chairman (for now, anyway), Roger Corbett, backed the tax as ‘payback’ for the boom states of Western Australia (Rinehart’s home) and Queensland.

So Rinehart’s recent moves raise the possibility – likelihood, even – that there will be no media outlet in Australia (with the possible exception of the ABC) that is editorially opposed to the mining tax. Which means the chances of the Mineral Resource Rent Tax (to give it its proper name) lasting, if it is even able to pass through the Senate, are slim.

Everyone accepts that the media landscape has changed and is continuing to evolve. The Internet and the social media child it spawned has led to an irrevocable decline in newspaper readership (by 6.4 per cent year on year, according to some figures) and, crucially, advertising revenue. Traditional publishers are adopting different ways of addressing this. News Corp is now charging for people to read its articles online, while Fairfax has just announced a subscription service for the SMH (via computer or tablet). The hopeful hook is the fact that it looks just like the printed version.

The situation is so dire that, when it comes to profitability, the jewel in the Fairfax crown is not the Herald or the Age or even the Fin Review. It is a New Zealand online auction house called Trade Me.

In 10 years, the Net has effectively killed traditional newspapers as profitable operations. It is not too big a stretch of the imagination to think that in another decade, the lingering influence of publishers like News Corp and Fairfax will be similarly obsolete.

It has been well documented that people’s news habits are changing. Generation Y and its adolescent successor are already favouring peer-recommended titbits as the influence of the individual surpasses that of the publishing entity. Facebook, Twitter and blogs are not only moving the goalposts but playing origami with them, transforming online and digital content into something wonderfully unstructured and uncontrolled.

Of course, politicians aren’t known for long-term thinking. When minds are controlled by the news cycle (which in itself has been transformed by the immediacy of online and social media content), when the furthest into the future anyone can see is the next election, Gina Rinehart’s shopping expedition – and the possible agenda behind it – is an obvious cause for concern.

But in the big picture of the new content age, not so much…