David Bowie died almost two months ago. Soon after, we postedÝabout the tawdry British reality TV show making money from his ex-wife’s reactions. Inevitably, her presence on the show at the time and her response to the newsÝcreated a social media firestorm.

Focus, of course has moved on to the latestÝdeaths, tragedies, political intrigues and sporting victoriesÝ/ defeats. But it’s worth pondering the enduring impact that not being news has on the people who were previously at the centre of the world’s attention. Or at least, the attention of those on Twitter, InstagramÝand other social media platforms.

Some crave re-gaining their anonymity. It’s hard to imagine what it would be like to be related to a global celebrity. There are countless examples of wives, children, parents and siblings of celebrities doing things that reflect negatively – funny isn’t it that it’s always the badÝbehaviour that grabs the headlines – on their famous relation. Others try to make money from their association 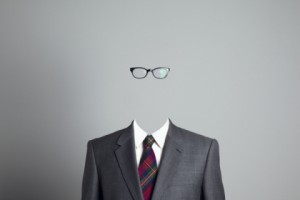 Others, it seems, miss the limelight and do whatever they can to re-capture the attention.

Social media reflects the best and worst of human nature and consequently can destroy as much as it can create. The most popular blogÝpost we’ve ever written by a factor of twoÝdiscussesÝ’How social media is helping to beat cyber-bullying‘. There have been farÝtoo many examples of social media attention driving people to despair – or worse.

So what’s the take out? Unless you have a clear plan and can stick to that plan, be very wary about exposing yourself too much in these very public forums. While it’s tempting to seek approval and show the world how amazinglyÝfabulous your life is, the other side of the coin can show itselfÝquickly and easily. Someone can post nasty or incriminating content about you and your whole carefully crafted image can come crumbling down. Footballer Mitchell Pearce has recently found that out to his great cost.

We’re quiteÝactive on social media but we’re alsoÝvery selective about what we do and don’t post. In other words, we try to have a foot in both camps: active yet under the radar. When we launched a new business some years ago the media we generatedÝbroughtÝseveral anonymous cowards out of the woodwork posting all manner of nasty comments about the business and me. Or so I was told. I still believe my reaction to our own social media maelstrom was perfect: I didn’t read any of it and never have.

In Greek mythology, Icarus ignored his father’s advice and flew too close to the sun and subsequently fell to earth when his feather and wax wings melted. We see the social media equivalent all the time.

Here’s the key point: you don’t need to be on social media. Or at least you don’t need to be constantly posting photos andÝvideos of every coffee you drink, croughnut you eat or person you kiss. You are entitled to a life where every aspect of it is not pored over by others some of whom may have no good will toward you.

Like sugar, social mediaÝcan be addictive as it gives you an immediate buzz. But like sugar, the longer-term consequences of living your life on social media can be harmfulÝ- or worse.

@TickYes
The Only Way to Make Money from Social Media
Loading Comments...