When Will Apple Release its new iPhone?

It’s that time of the year again: the time people await the release of the next iPhone.

iPhone users may very well be one of the most loyal of fans. Some even say that “once an Apple user, always an Apple user.” This may be because of the user friendly interface that the consumers have come to love; or the almost perfect size and shape it has always been known for; or the ever-growing hoard of features and applications that are available on the device. Regardless, its customer retention strategy has been pretty commendable.

Now, rumors have be 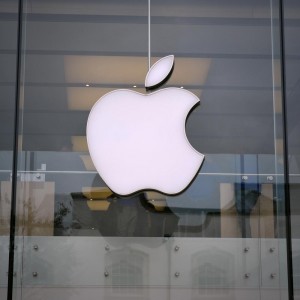 en swirling that Apple isn’t looking to release one new device this year, but two. According to reports the Cupertino, a California-based company is looking at a new way to approach the market and work on building a better relationship with consumers.

Latin Post reports that two new Apple iPhones will be headed for the market before the year ends, and so far not one of those devices have been confirmed. Published news articles say the two new devices will be an iPhone 5 successor and a low-cost iPhone.

Apple has continued to keep mum about anything and everything stirring up within the four (or more) corners of its tech lab in Cali. No word has been said about the new devices, nor is there any confirmation on what the new smartphones will be called.

However, a number of websites, as well as social media, have been throwing out names of the upcoming devices.

“According to recent reports, Apple will release the successor to its iPhone 5: the iPhone 5S or iPhone 6,” wrote the Latin Post. “Additionally, a budget Apple phone will allegedly be released as well. It is expected to be called the iPhone 5C or the iPhone Lite; some also say it will be the real iPhone 6.”

The probable iPhone 5S is expected to be packed with the new Apple operating system, the iOS 7. It is also reported to carry a more powerful A7 quad core processor, as well as additional features to optimise security, including a fingerprint sensor.

A closer look at the iPhone Lite

The iPhone Lite is said to be Apple’s attempt at customer acquisition. As statistics prove, Samsung has been leading the mobile market for years now, because of its more budget-friendly devices. With the new iPhone Lite, Apple aims at attracting more users for the iPhone.

While Apple has no word on this yet, a China Labor Watch report revealed that a manufacturing plant in the country is already working on the devices. The phone will carry a plastic back cover that will make its production cheaper, and its tag price cheaper too.

“Today’s work is to paste protective film on the iPhone’s plastic back cover to prevent it from being scratched on assembly lines,” a Pegatron worker noted on the report. “This iPhone model with a plastic cover will soon be released on the market by Apple,” added the report.

With all these information, it does seem that Apple’s campaigns this year is to gain more users by releasing two iPhones.