Who Picks Up the Tab?

It’s no secret that the evolution of online media has put traditional media – newspapers in particular – in a bit of a tight spot. While advertising revenue has always played a big part in sustaining the newspaper industry, subscriptions and sales have been equally important. So the explosion of online content has essentially left it reeling.

The pace at which online media took hold left newspapers scrambling for relevance. Like any major power that is suddenly blindsided by a formerly unrecognised threat, newspapers went into crisis mode. The industry rushed – or was pushed – into the fray, with most papers left with little choice but to make their content available online for free, produce more multimedia content and focus on advertising revenue as they watched subscriptions dwindle.

For a while, newspapers walked the online and social media walk. Columns (while essentially retaining their format) were renamed ‘blogs’, letters to the editor were replaced by interactive commenting functionality and ‘share’ buttons began popping up left right and centre. And free, accessible content wasn’t all doom and gloom for journalists, either, as we began to see direct sources take the form of Facebook pages and Twitter accounts. The industry that once told us what was important and relevant found itself in a continual game of catch-up.

It seems, however, that after the initial ambush, newspapers are finally ready to launch a counter-attack. 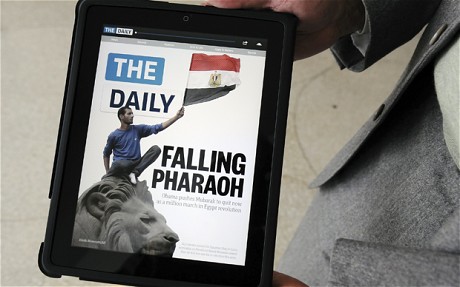 Led by (no surprises here) Rupert Murdoch, the offensive is centred around a plan to release an iPad-only newspaper called The Daily, with 100 journalists onboard and a budget of US$30 million. The lynchpin of this plan is that because the content is released in app-form, it will be invisible to Google’s search engine. In a world where making yourself visible to Google has long been a benchmark of success for the majority of businesses, Murdoch is boldly – or foolishly – refusing to buy into it.

This is where it all gets a little strange. Murdoch’s reasons for making his content inaccessible to Google is that he believes Google has ignored copyright laws and is stealing his content. Despite the fact that Google’s search engine is essentially a database, not a publisher.

Still, paranoid accusations aside, the plan could work. The app (like Murdoch’s existing The Australian iPad app) would have no social sharing functionality. The cut and paste functions would be disabled to prevent users redistributing original content. The danger, of course, is that users will simply switch to another free newspaper, whose online advertising revenue would subsequently rise, handing it a bigger piece of the online publishing pie.

Murdoch believes iPad newspapers could return traditional publishing to its formal glory. The question is whether a notoriously competitive industry will unite around his initiative, with rival publishers following suit. Is it, essentially, iPad or perish? 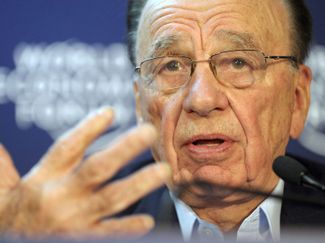 While the jury is still out on the future direction of the Australian and US media industries, the relatively small European country of Slovakia has set a precedent for paid content by implementing a nationwide paywall that extends across all nine of the country’s online news sites. A flat fee of €2.90 gets users access to all of the sites under a schemed orchestrated by Tomas Bella, a former newspaper editor who is now the Chief Executive Piano Media, the consultancy that will coordinate the project.

News sites will still have to compete with each other, however, as profits will be allocated (after Piano Media takes its 30% cut) based on how long visitors spend on their site.

The big news is, it appears to be working, with Bella stating that the project’s goals for the month were met in the first two days.

It’s early days yet, but with the rumblings of paid content whipping many newspapers into a frenzy, the Slovakian paywall and Murdoch’s app will surely attract a lot of interest from newsmakers the world over.

@TickYes
End of an Era